If you know nothing about Gaudi architecture, you can easily recognize these glorious buildings of a great creator. So, it is better to hire a car in Barcelona to learn TOP 10 most important architectural complexes, projected by the world-popular Gaudi. 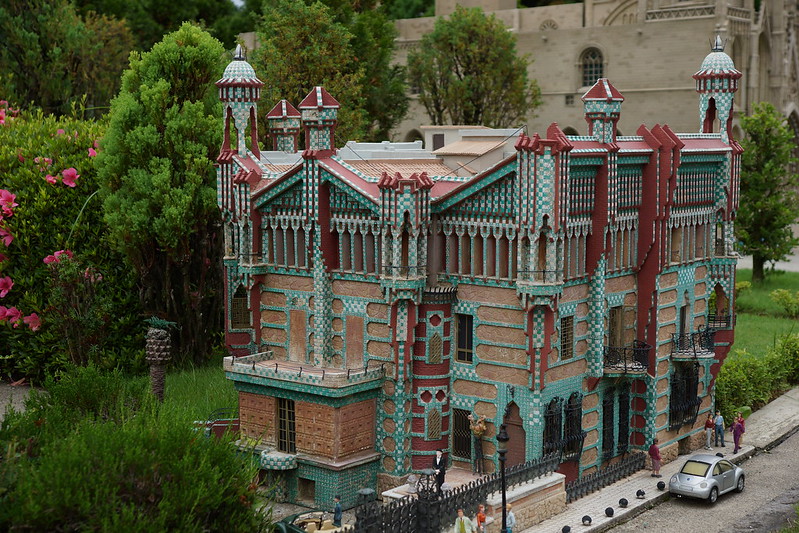 Vicens’ House was built in 1883-1888. This is a creative project that was built for rich family – owners of ceramic factory. Look at this house – it is done in typical modernism technic – trencadis. This is a unique technic of making composition with broken mosaic. What is more, the most of facades are decorated with the beautiful elements of Islamic Architecture. What an impressive combination!

Casa Mila is one of the main buildings that were built according to Gaudi’s project. This is the most unusual and strange house in the history of architecture. It looks like a big sculpture, but not a house. The facade of a building is a mass of special stones decorated with coated metal balconies. It was assigned as UNESCO heritage since 1984.

Park Guel was built in the period of 1900-1914. It was also included in the list of UNESCO heritage. The park complex consists of dynamic buildings, including Gaudi’s House. The facades of these buildings are done in trencadis. The hall with original columns and cozy terrace are the most popular places for visiting. The garden complex is good place to have a walk, admiring the beauty of chic nature and architecture.

The park is full of interesting places. Never forget to take pictures! Gaudi’s creature – Guell Park – has 6 entrances. The central entrance is made in style of Paradise Gates in form of two marzipan houses. The first house is decorated with a big cross, symbolizing the parts of the world. The second building is decorated with the huge amanita on the roof. The fairy buildings show beautiful and fantastic atmosphere of Barcelona. There is a big mosaic wall not far from the gates. It protects park from the city world. 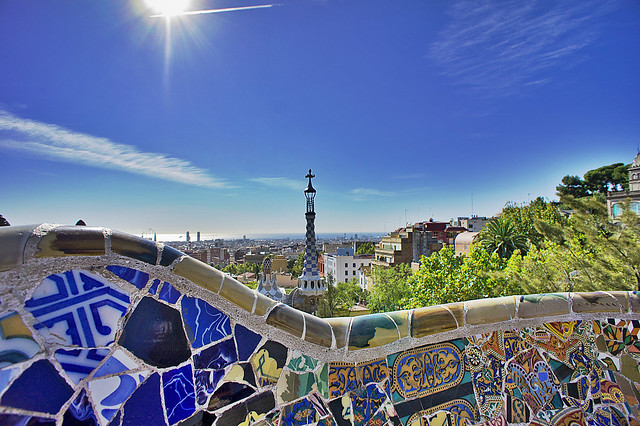 Guell Palace is a big house that was built by great Gaudi for Catalonian industrialist Guell. Of course, the facade of the building looks strange, classic that is not in style of Gaudi. Nevertheless, the house roof and interior are absolutely unique. The central hall differs with huge parabolic dome. The ceiling is masterfully perforated with big circle holes here and there. It looks like you are in the planetarium. The roof of the construction is covered with conic chimneys and tubes.

Gaudi projected this strange oval church and vault in 1898. There are 5 naves in the church. The original columns from Gaudi of different size and design are situated here and there. The windows are huge and pushed out. The door is decorated with ceramic composition to show four main virtues. The church was built of basalt stone and mosaic. By the way, the building technics of this church was the base of the newest building technology. This technology was lately used for other Gaudi constructions.

This building is one more specific construction of Gaudi. Actually, the pavilion complex is not really interesting. Look at the gates! They look grandiose! The complex consists of two buildings that are connected with big gates. The gates are decorated with fairy characters in the style of modern and beautiful medallion with the letter G on it: G from Guell. The most impressive detail is irony dragon that was specially creates for this complex. 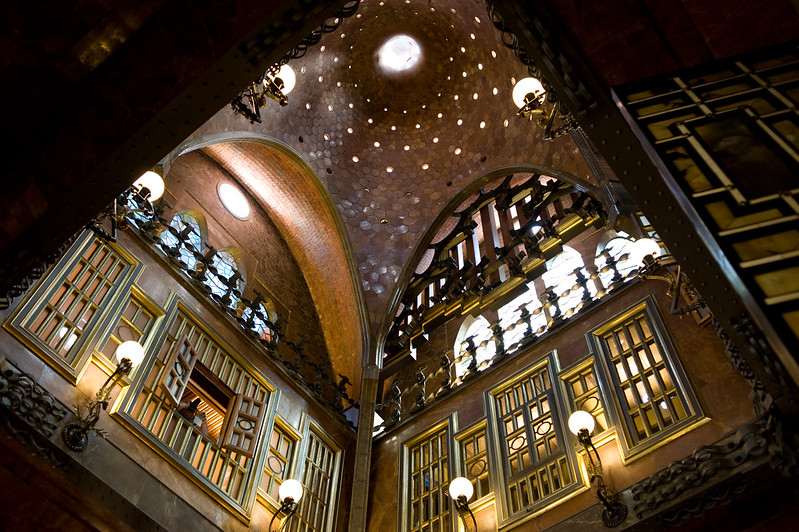 Casa Batllo is the result restoration of the old classic house dated of 1877. Gaudi used typical constructive details from the modern style, including ceramics, stone and coated iron. The project was many times criticized because of too much radical design. The building was recognized the best building on Barcelona in 1906.

Calvet House was built in 1898-1900. This is the most traditional Gaudi’s work. The stony facade is decorated with panoramic windows and sculptural details. The form of balconies looks like the form of balconies in Balto House. The architectural complex is made of two fountains and many different statues around them.

Meet the most famous Gaudi’s work! The church was built in 2030. The construction looks like amazing picture to show the strong relations between the human and nature, nature and religion. The church towers open the beautiful view to Barcelona.

The monumental fountain Cascada was projected by Spanish architect and young Gaudi in 1881 special for the international exhibition. The fountain is located in the most popular park in Barcelona – Citadella Park. The green heart of the park is formed with three crossed alleys: elm, linden and poplar. Each of them has charming views and aroma. You may have a rest on a bench under the trees. There is a lake in the park – the most attractive place in the garden. There are many birds, turtles and fish in the lake.

There is Zoo in the park territory. It was opened in 1892. The Zoo boasts with a big collection of rare animals and special programs for kids.

There are three interesting museums in the territory of the great park. You can learn everything about the animal world in the Zoological Museum. You can also visit Geological and Arts Museum. Their collections are unique and worth visiting. 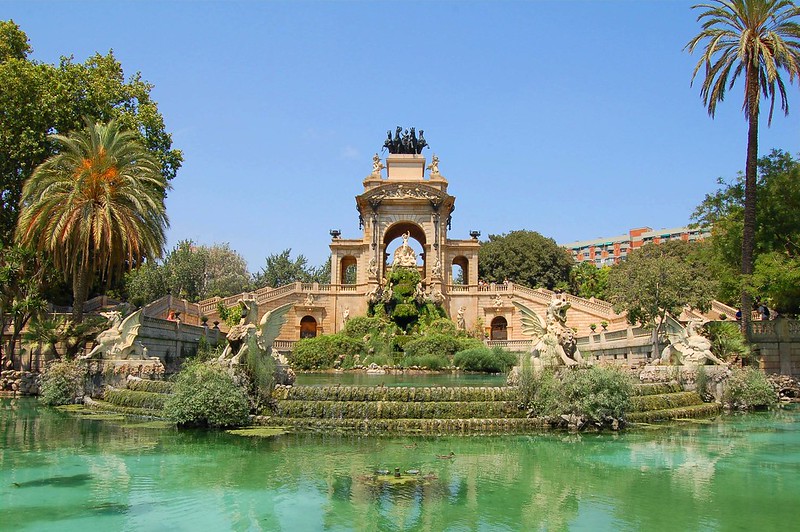 As you can see, Gaudi architecture differs with its unusual and unique character that you cannot meet somewhere else. Thus, the works of this prominent architect became popular all over the world. Are you impressed?